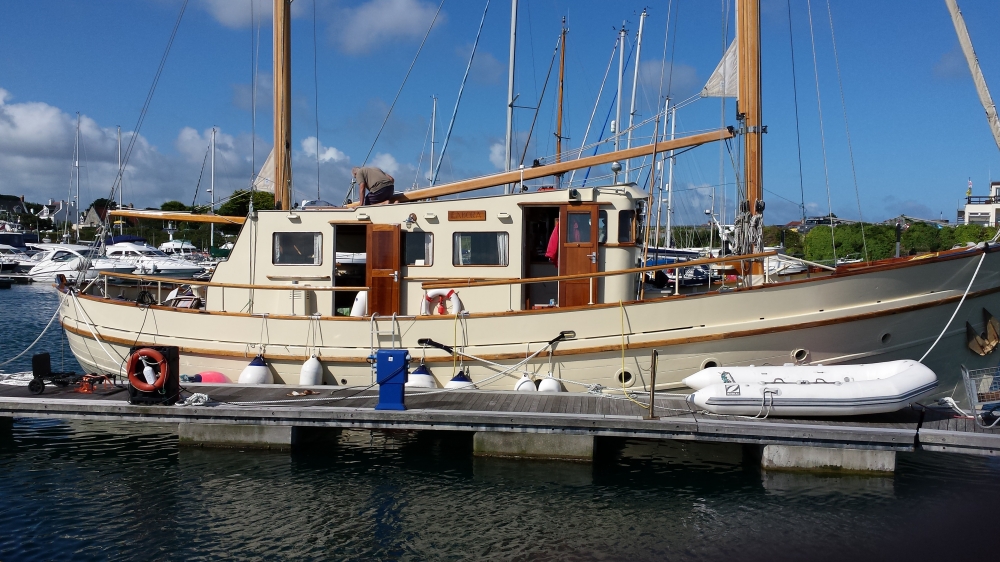 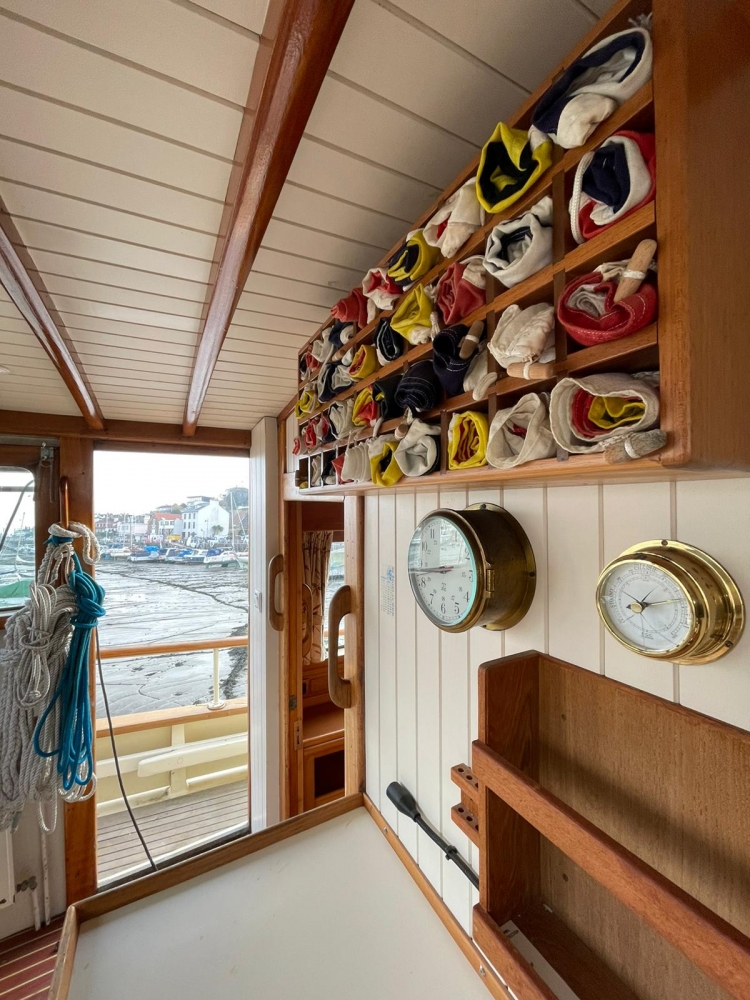 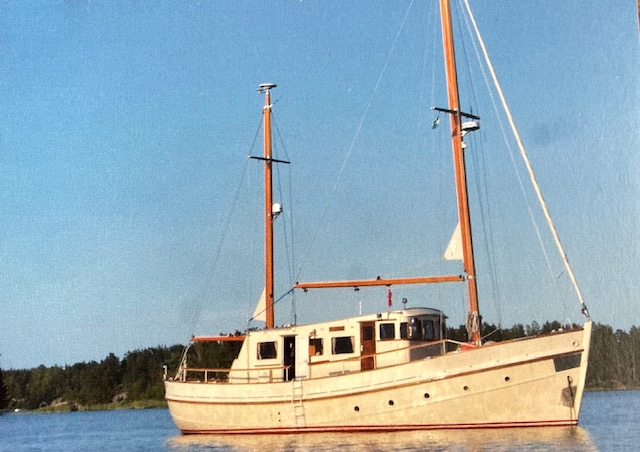 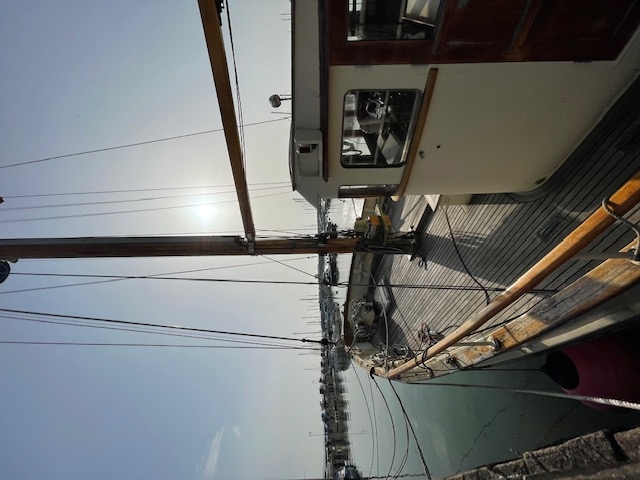 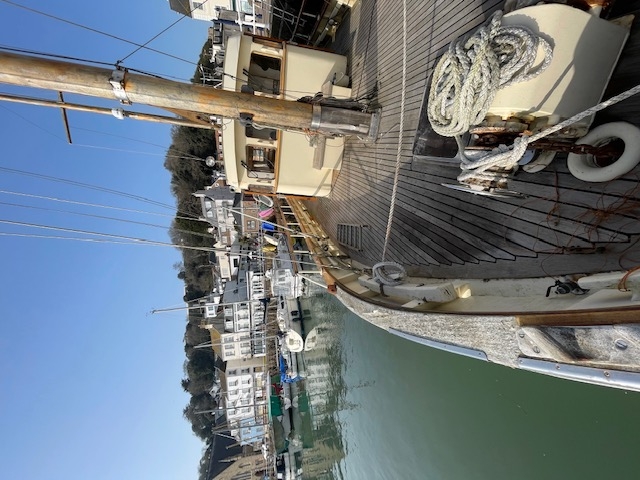 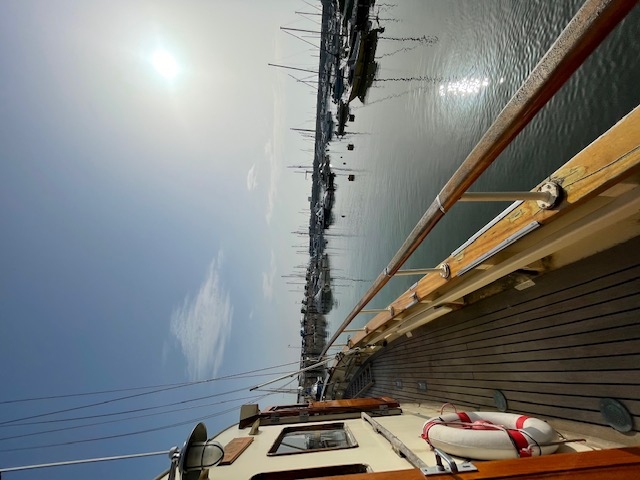 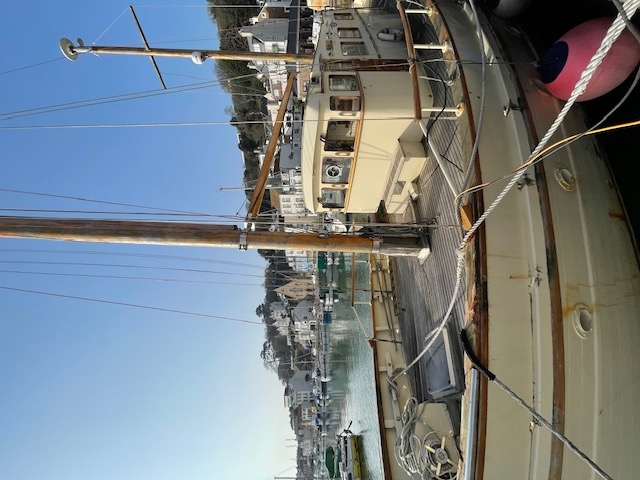 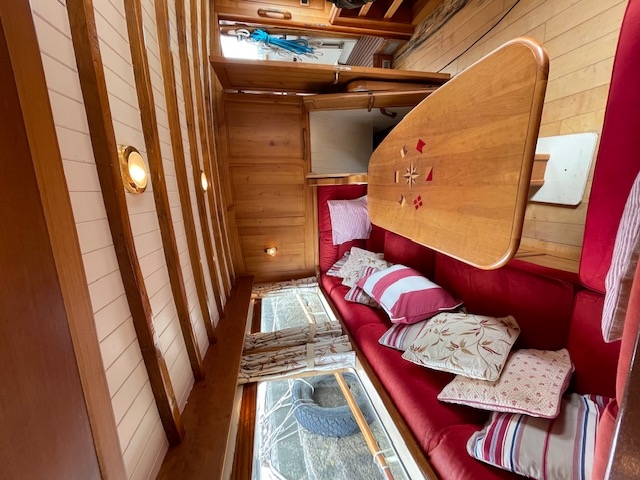 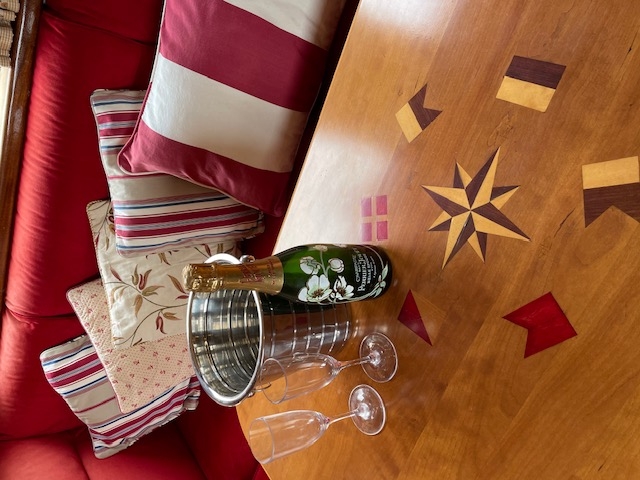 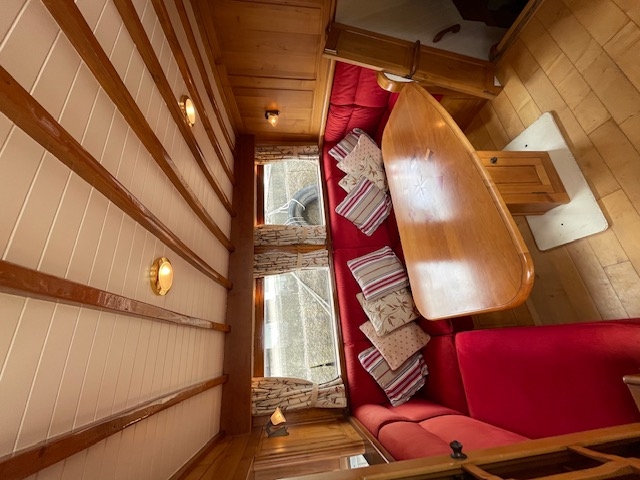 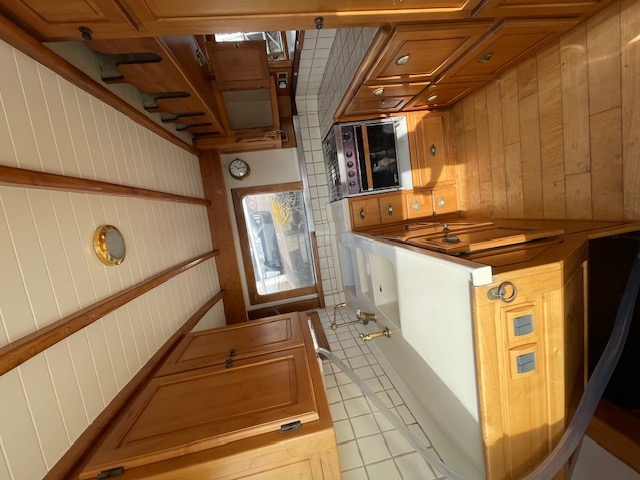 Built in Crosshaven Ireland in 1954/5 as a fishing vessel and naval tender.

In the 1960's she was converted to a yacht for the famous novelist Alistair MacLean. At this stage she had an American Caterpillar engine but MacLean being very pro-British had it replaced with a Gardner 6LX.

He cruised extensively in the Hebrides and the yacht was well recognised there when latterly cruised under the present ownership. MacLean wished for a steady platform to write his famous books, so installed the Vosper Thorneycroft stabilisers. The locals in Tobermory are of the opinion that the movement of the boat was more to do with the consumption of Scotch by "Mac".

The history of the following period is mostly vague as MacLean's publishers are naturally protective of giving out any personal information about their author. The present owners came across the admiralty chart agent in Galway who said he had crewed the boat down to Emsworth where MacLean being a thrifty Scotsman had acquired a mooring at a bargain price. It transpired that the reason for the bargain price was that the mooring was only accessible on the biggest spring tides. But an Irish story......

The next part of the story moves to the Med where the boat was based in St Tropez and was owned by a famous British Company which had better remain nameless and was used for "entertaining customers". In those happy days this was tax allowable against trading profits. She was then acquired by a Jersey accountant who likewise wished to spend his substance on entertainment and the yacht was delivered from Mallorca to Jersey by the late Alfie Cartwright. The Jersey accountant was declared 'en desastre' and the yacht was acquired by the present owners.

Between the years 2000 and 2005 the yacht was extensively refitted, including new teak decks, by Chantier Etoile in St Malo, who were the successors to the well known Chantier L'Abbe, who had refitted the Pen Duick yachts of the famous yachtsman Eric Tabarly. Much of the ancillary equipment was fitted at this time.

On returning to Jersey the yacht set off on the "retirement cruise" of the present owners. This took her to England, Ireland, Scotland, Norway and most of the Baltic countries. Some work was done at the well known wooden boatyard, Ring Andersen in Denmark.

She then spent 3 years in Guernsey where re-caulking work was undertaken by the late John Cluett at Marine & General. The steering was removed and renovated. Since returning to Jersey she has been berthed in St Aubin in the care of Mike Jackson who in his words is about the last still alive of the Jersey shipwrights trained at South Pier Shipyard.

Currently lying in Jersey in the Channel Islands, Eabora is now looking for new owners to love and care for her and provide yet more years of pleasurable service.

We cannot be held accountable for any errors in these descriptions.